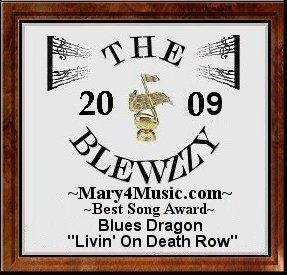 Mark's contributions to music in South Florida and worldwide are well known. A talented singer, songwriter and multi instrumentalist, Mark herds musical cats on a weekly basis to present a Monday night festival of great music at the Biscuit. More often than not, Mark is sidestepping the spotlight to make someone else sound better.

Blues411
This week we offer up big congrats to Mark Telesca as his little engine that could release, Heavy Breathing, takes the top spot. So far this year it has been one of the most pleasant and surprising releases to come our way.one of the best new releases this year....

Dominic Siranni
" While blues purists might attempt to find fault with the blending of styles (as well as the modernizing of classic songs), Mark Telesca lends an element of technical superiority to the mission that should quiet such criticisms. 1906, 2006 — it's all good"

WDNA 88.9FM
Charlie Kaufman
"Mark Telesca's agenda is being met, by just being himself"

The Palm Beach Post
Bill Meredith
" When Telesca decided to form his own blues band a year ago, the singing bassist wanted something different. Boynton Beach based MTB succeeds in that regard on a few levels - some intentional ; some not.

Piotr Gwizdala and Radio Kultura
Mark Telesca is an expressive bassist, a talented composer and vocalist with a strong voice. This is strong, heavy, ”male” blues worth promoting. Solid blues. I love this album "Heavy Breathing" and also the design of its cover.

Mary 4 Music
Peter "Blewzzman" Lauro
"Just by looking at Mark Telesca, if you would try to guess the type of music he plays or the style in which he sings, "Paint It Blue" would be the song you might choose. He doesn't just wear this look, he sings it as well., tough, gritty, intense, and confident? "You're damn right".....which, by the way, is the chorus line sung by the background singers. On top of all that vocal attitude, Steve's displaying some of it as well, with his best licks on the lead guitar. This is one smokin' track."

Making A Scene
Richard Ludmere
"Telesca’s clear vocals are impressive but it’s his songwriting that will hook you. Telesca has written or co-written all but one of the songs. “I Don’t Need Your Lovin’ Anymore” is the perfect choice as the opening track. Gibbs guitar punctuates the lyrics."

Main Event Talent Agency
You finished your gig 20 minutes ago and I have already gotten a note from the manager that your band was great tonight at Hard Rock Cafe. THAT'S what I'm talkin' ' bout!! THANK YOU, Mark, nicely done! : )

New Times Magazine
Dominic Siranni
The project of bassist Mark Telesca, takes a spin through pre-WWII blues throwing in touches of contemporary R&B, AOR, and storytelling. Recorded this past July, Alive at the Bamboo Room gives fans of the blues, the Allman Brothers, and Jethro Tull all of that and more. The album kicks off with a version of the Son House classic "Death Letter," a song that allegedly influenced even the great Robert Johnson. After that, Blues Dragon takes the listener on a trip through the cotton fields of the rural South, pausing briefly in post-war Chicago for a Willie Dixon cut, the raunchy "Back Door Man," made famous by Howlin' Wolf and the Doors. "John the Revelator," Blind Willie Johnson's classic take on rural gospel-turned-blues, gets a contemporary update with jazzysaxophone, wah-wah-meets-heavy-distortion guitar shredding, and liberal doses of hand drums sprinkled throughout.

The story of Mark Telesca is proof of the healing power of music. Diagnosed with lymphoma, pummeled with chemotherapy, confined to his home for the better part of a year, he wrote and self-published a book (Love Music Hate Cancer), and then self-produced and self-released Higher Vibrations: Solo Acoustic Blues where he sings his blues with the force of a Mack Truck on a gravel road, finger-picks some absolutely exquisite and complex guitar and thumps that bass on his own wildly creative songs like “The Electric Chair” and “Something Just Ain’t Right” which will absolutely haunt you. He also instills new life into classic material from the dustbin of time like Al Green’s “I’m A Ram,” Robert Johnson’s “Come On In My Kitchen,” Blind Willie Johnson’s “Keep Your Lamps Trimmed And Burning,” Mississippi Fred McDowell’s “Louise” and Leroy Carr’s “How Long Blues.” I could listen to this guy all day.

Mark Telesca has a new solo acoustic blues album, Higher Vibrations, out, and it is a smooth-sailing winner. There’s not a note or a vocal second in this album that is not just what it should be. Telesca is obviously enjoying himself and you will too. He has a wonderful ability to connect with his audience. This is a great listen any time, whether alone or with company.

One of the brightest lights on the South Florida music scene, Mark Telesca celebrates his victory over cancer with this stellar collection of acoustic blues

"The combination of Telesca’s vocals and his stylistic acoustic guitar lead really hits home hard. Both undertakings are performed in a fine as wine style that reminds me of the tones evoked by the fingers and vocal chords of Jorma Kaukonen"

"With respect for tradition and a dash of creative genius, Mark Telesca plays some of the most compelling acoustic Blues you will hear today”

"Mark Telesca's agenda is being met, by just being himself"

By Peter "Blewzzman" Lauro
© June 2009
The South Side of Chicago may be famous for it's blues bands, however, there's another south side that's rapidly becoming synonymous with that claim as well. That would be the South Side of Florida. When it comes to very good blues bands, the South Florida blues scene is brimming with them. As a matter of fact, the area is the home of two recent IBC winners and it's this writers opinion that number three will one day be delivered through the talents of Blues Dragon. Remember where you heard that.

The opening track is about a place that may sound familiar to some of us - the bottom of a "Bottle Of Gin". It's a great track to open with in that it features, and introduces the listener to, everyone in the band. The rhythm's intense, with great B3, guitar and sax highlights. This one's a sure sign that there's lots more good stuff ahead.

The "Electric Chair" or a long stretch in prison? Tough choice? Not for Blues Dragon. The title tells you their take. No pun intended, this one sizzles. It's a lightning fast track featuring some of Mike's best guitar work, John blowin' smoke outta the harp, and a lot of attitude from Mark on vocals.

Although untraditional for them, Blues Dragon gets a bit traditional on "The Kiss That Said Goodbye". As it usually is the case with these slow and low down blues songs, the emotional and soulful vocals and scorching guitar leads tend to be the highlights and Mark and Mike nail those roles on this one.

"I'd Do Anything" to see someone sit still for the two minute length of this track. As short a time as that is, it just won't happen. Tony and Fred, on the B3 and drums, will see to that. This one's real hot stuff.

"Don't Get Me Wrong" is a musical masterpiece. It's a blend of blues, jazz and funk that makes several interesting changes. It features Mark at discs best on bass, beautifully rhythmic percussion from Rico, mellifluous flute from John and very steady organ from Tony.

"Living On Death Row" has to be eerie and that's the perfect word to describe this track - eerie. It's lyrics paint a very dark picture, that when combined with the intensity and emotion that Mark puts into the vocals, will send chills through your body. It's almost easy to overlook the level of force that the rest of the band is playing at, while their music translates the pain this story tells. It's disappointing for me to think how many people may never get to hear this amazing piece of work.

Other tracks on "Blues Dragon" include: "Loves Fool", "I Got The Blues For You", "This Train", "Blackest Woman", I Just Want You To Understand" and "Crocodile Shoes".

Do yourself a favor by going to www.bluesdragon.com and getting your hands on a copy of this disc. While there, do me a favor and tell the guys the Blewzzman sent ya.